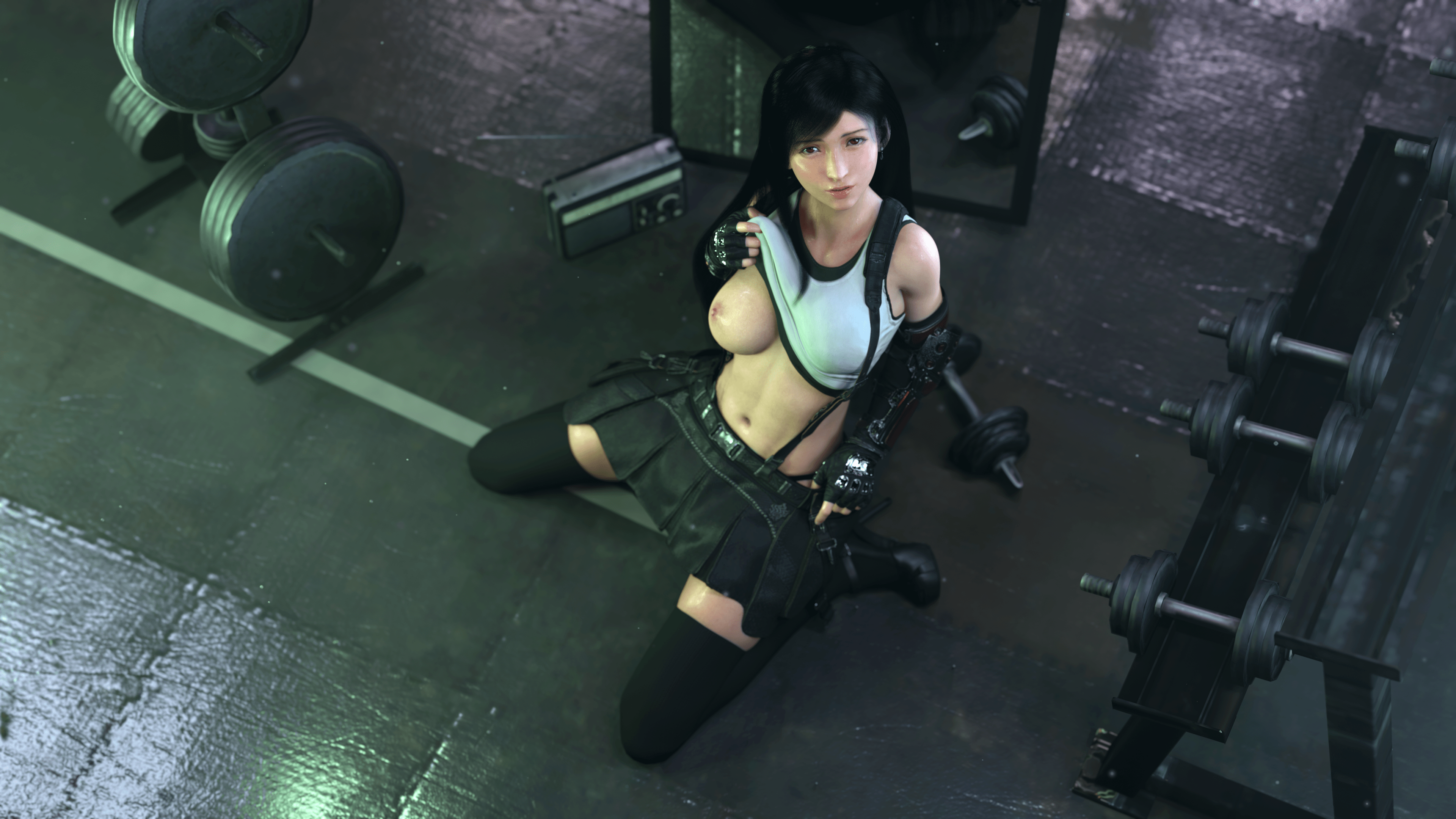 Preview of shaders in Cycles (left) and Eevee (right).

If not specified near the model version, you do not need to redownload textures.

Note: The combination of the memory usage and shader optimizations have reduced the VRAM used by the model up to 50%, depending on the outfits used. An example is in the image below, when only the Body is rendered (consider 1Gb of VRAM used by the system where the new modifications were tested). Moreover, the shader compilation time is also reduced significantly due to the simplications in the shaders.

*: Some options are available clicking on the cogwheel. For more control, check the Particle System settings. A huge thank to Nagoo and Gman for the help in fixing the physics.
**: Let me know if you like the color and the tan lines.

If you have any idea not mentioned in this list, please contact me on Discord. The current suggestions are:

For the current known bugs, check the Bugs page.

Some statistics on the Tifa models:

The older models can be downloaded in the Patreon archive or on smutba.se: